Emma Taylor Artistic Director
Emma has been Artistic Director of the Canal Cafe Theatre, the UK’s leading launch pad theatre for the comedy industry and Producer of in-house and touring show, NewsRevue since 2001. Some directing highlights include; Lucky Stiff, (Whatonstage Best Musical Revival Nomination), Mamet's The Shawl with Scarlett Strallen, world premieres Stage Fright by Lynn Howes with Abi Titmuss and Shamlet by Andrew Doyle. Emma is the recipient of an IARA Special Recognition Award, Fringe Report's Theatre Person of the Year Award and received the Guinness World Record on behalf of NewsRevue in 2004. She is also the author of the Amazon 5 star rated - The Pocket Producer: How to Put on a Sell-Out Show in Edinburgh and Get Your Big Break. She is also a multi-lingual private consultant for Screen Presence, working with individuals and companies to help them create her signature Calling Card Video and gain confidence with their on-line video presence. 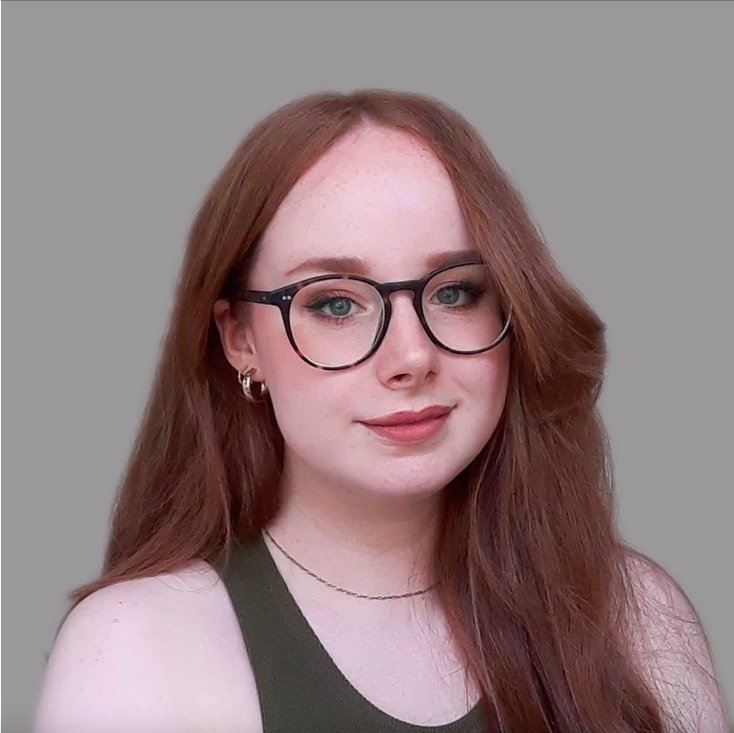 Jess Barrett General Manager
Jess is thrilled to be a part of the Canal Café Theatre team as General Manager and Box Office Assistant. She has worked in fringe theatre in the UK and the US as a director, writer, performer, and stage manager. Highlights have included her work at The Irish Classical Theatre, NY in 2016, her Edinburgh Fringe Festival debut in 2019, and her recent writing competition win at The Hope Theatre in 2021. Jess specialises in comedy and new writing, having written and performed in everything from stand up to musical cabaret to improv. From 2016-2019, Jess worked as a theatre teacher, writer/director at the Theatre Royal Margate Kent, predominantly with young people. 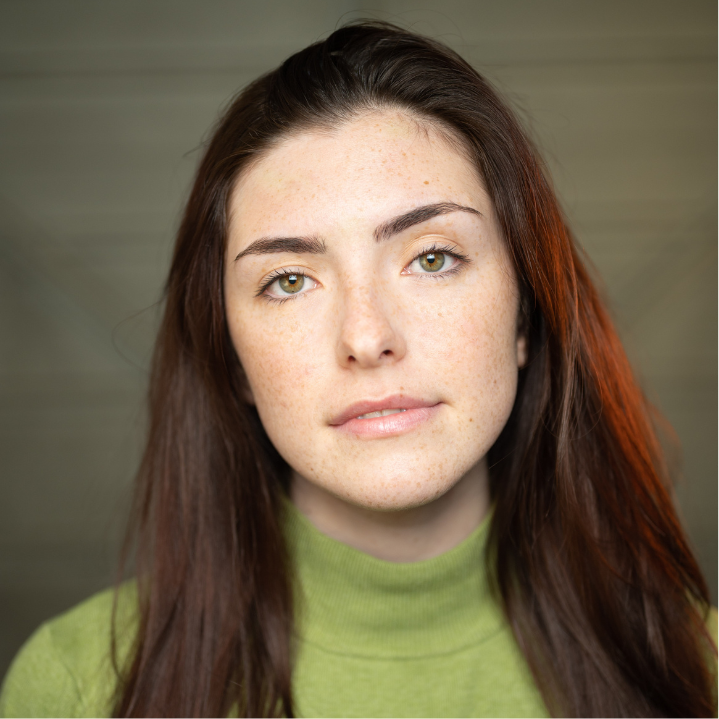 Lauren Lucy Cook Administrator
Lauren is a multi-disciplined performer and theatre-practitioner, specialising in physical and devised theatre. Recipient of the Theatre Special Project Prize for her undergraduate dissertation, and with performance credits ranging from Titania to a Sexy Toe, she aims to create work that is impactful and enjoyable for both audiences and those involved. She is also the Co-Founder and Creative Director of The Makers Theatre, a theatre and creative arts company focused on creating multi-disciplined theatre which platforms the lived experiences of creatives, utilising their individual skills to create original devised work. 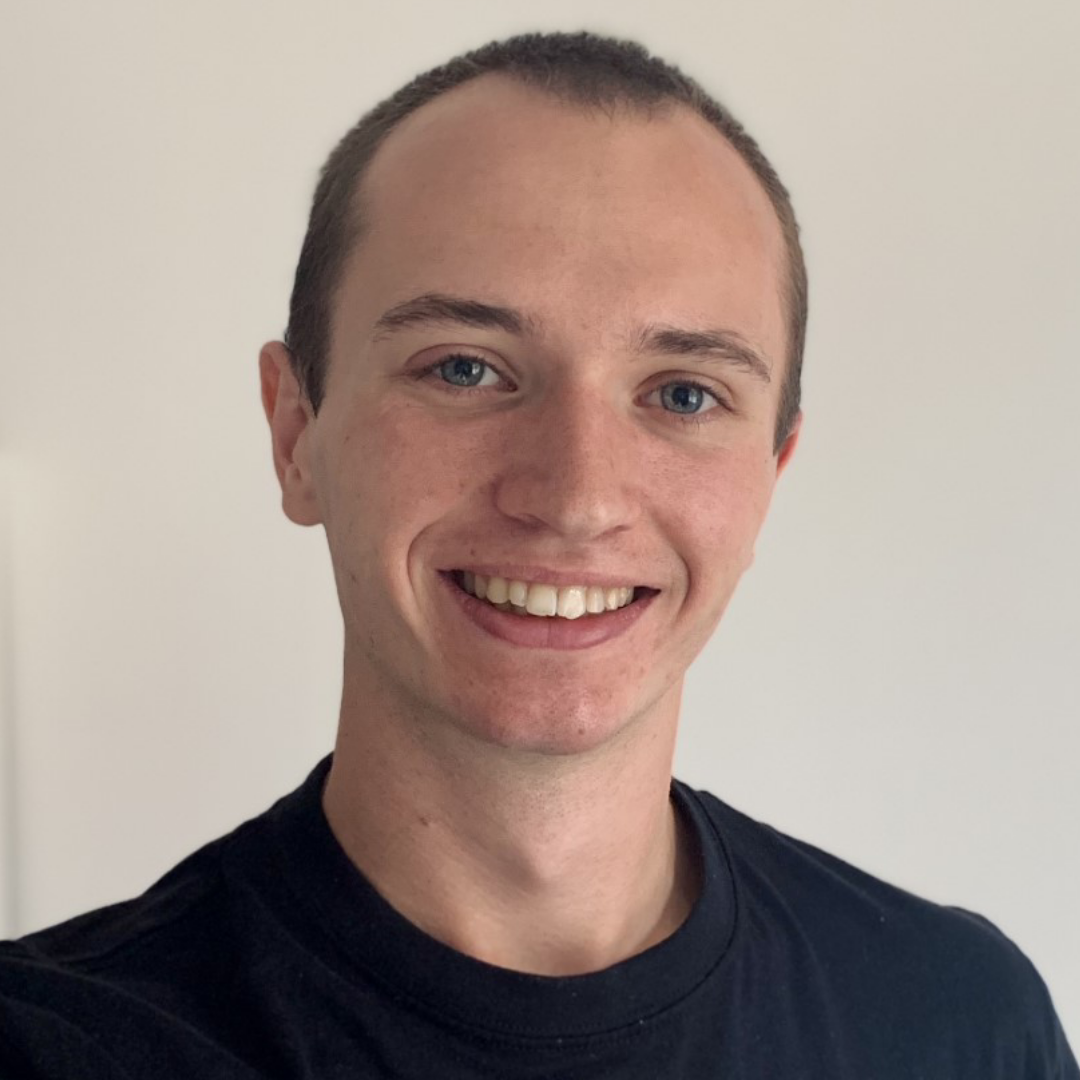 Fergus Carver Technical Director
Fergus has recently graduated from Durham University where he studied music. Alongside his degree he was heavily involved in student theatre, both as a musician in pit bands and as a technical director. He held the position of head of sound for Durham Student Theatre Technical. Having worked on many student productions, Fergus was invited to be part of the National Student Drama Festival’s technical team twice, as well as attending the Edinburgh Fringe with two shows in 2019. Whilst at uni he was Vice President for two theatre companies, including being technical director for a sketch comedy group, where he produced and edited the KEITH. Podcast. Fergus is really excited to be working with NewsRevue, to satisfy his love of sketch comedy. Fresh out of uni and new to London, Fergus is very excited to be part of the Canal Cafe Theatre family! 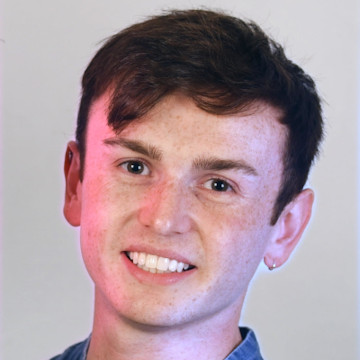 Samuel Hopkins Associate Director
Samuel is a London based theatre director and performance maker. He is particularly interested in making work around LGBTQ+ themes and experimental practices. Directing highlights include NewsRevue (Edinburgh 2018+2019), The Hired Man (Cadogan Hall), and Outside (The Vaults). He co-founded and performed with internet-cum-cabaret company Copycatzzz in their unique petting experiences; YAAASSSS and AUBERGINE. As a queer performance-maker his work has been performed venues such as The Yard Theatre, Camden People’s Theatre, and The New Diorama. In 2016-17 Samuel was also part of The Fems, a bouffon clown troupe, and he has performed in various cabaret spaces such as House of Idiot and The Glory. 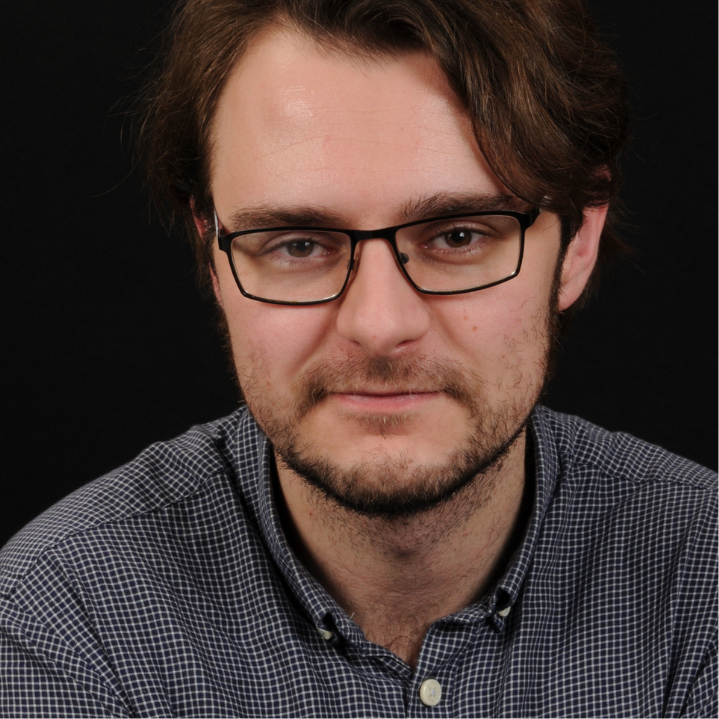 Richard Baker Associate Musical Director
Richard is a freelance musical director, improviser, vocal coach and composer. He has worked with NewsRevue since 2014, and has been MD either fully or partially on 15 separate runs in that time. Most recently, he also worked as an improvising musician with Mischief Movie Night (nominated for Best New Comedy at the 2018 Olivier Awards). As a composer, Richard's work includes music and songs for Peter Pan Goes Wrong and the new musical Tasting Notes, and his credits as MD include the All Male Pirates of Penzance at The Palace Theatre and Wilton's Music Hall; Iolanthe and The Mikado on national tours of the UK; Secret Garden at the Ambassadors Theatre; Finian’s Rainbow at Charing Cross Theatre; Princess Ida at the Finborough Theatre; Lucky Stiff, Road Show, Anyone Can Whistle and Our House at the Union Theatre; The Wandering Scholar at the King’s Head Theatre and the annual pantomime at Newbury Corn Exchange for five consecutive years. 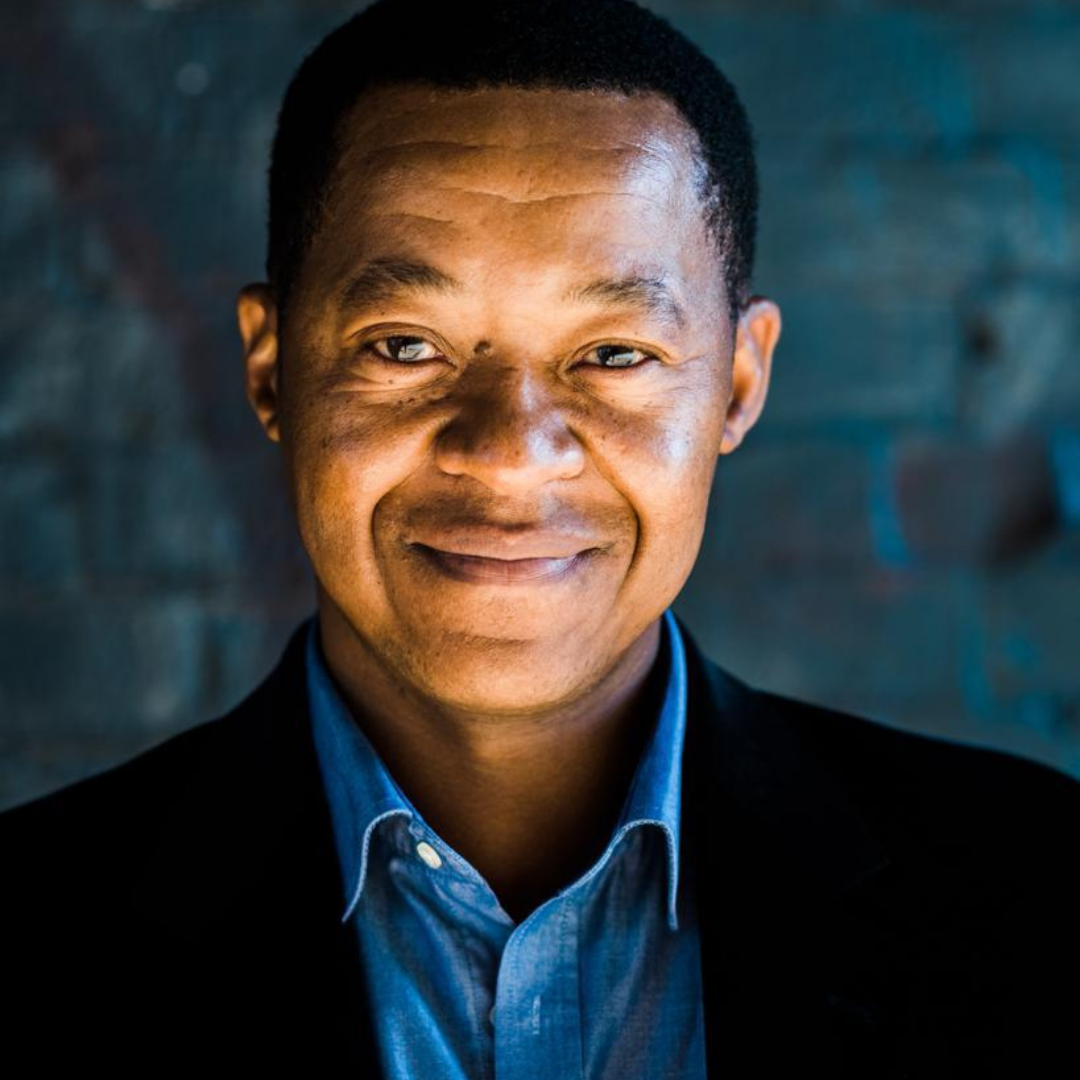 Paul Mushumani Education & Outreach Officer, Casting Director
Paul is an actor and director who also has over 20 years experience of teaching acting and directing. He trained under the late Sam Kogan, an acclaimed Russian teacher and director (alumnus of GITIS in Moscow under Maria Knebel, a student and colleague of Constantin Stanislavski). His professional directorial debut started at the Canal Cafe Theatre many moons ago directing a production of NewsRevue. Paul is the former Head of Acting at Kogan Academy where he directed over 10 plays and oversaw many students’ productions at various theatre festivals including Edinburgh and Brighton Fringe Festivals. He has also led workshops in acting for musical theatre at Borgarholtsskoli school in Reykjavik, Iceland. In 2017 Paul led a theatre directing workshop at the University of Zimbabwe, and in 2019 he returned to Zimbabwe to facilitate a directors mentorship programme at the Jasen Mphepo Little Theatre and the Zimbabwe Theatre Academy. As an actor he has toured nationally with Broadway Theatre Company (Golden Boy, UK, Ireland) and Sofa Productions (Checkov double bill, Shaw Theatre, Edinburgh and Moscow Arts Theatre). Other theatre includes Uncle Vanya (Greenwich Studios), Showcase (The Shaw Theatre), Napoleon Noir (Edgware Studios). 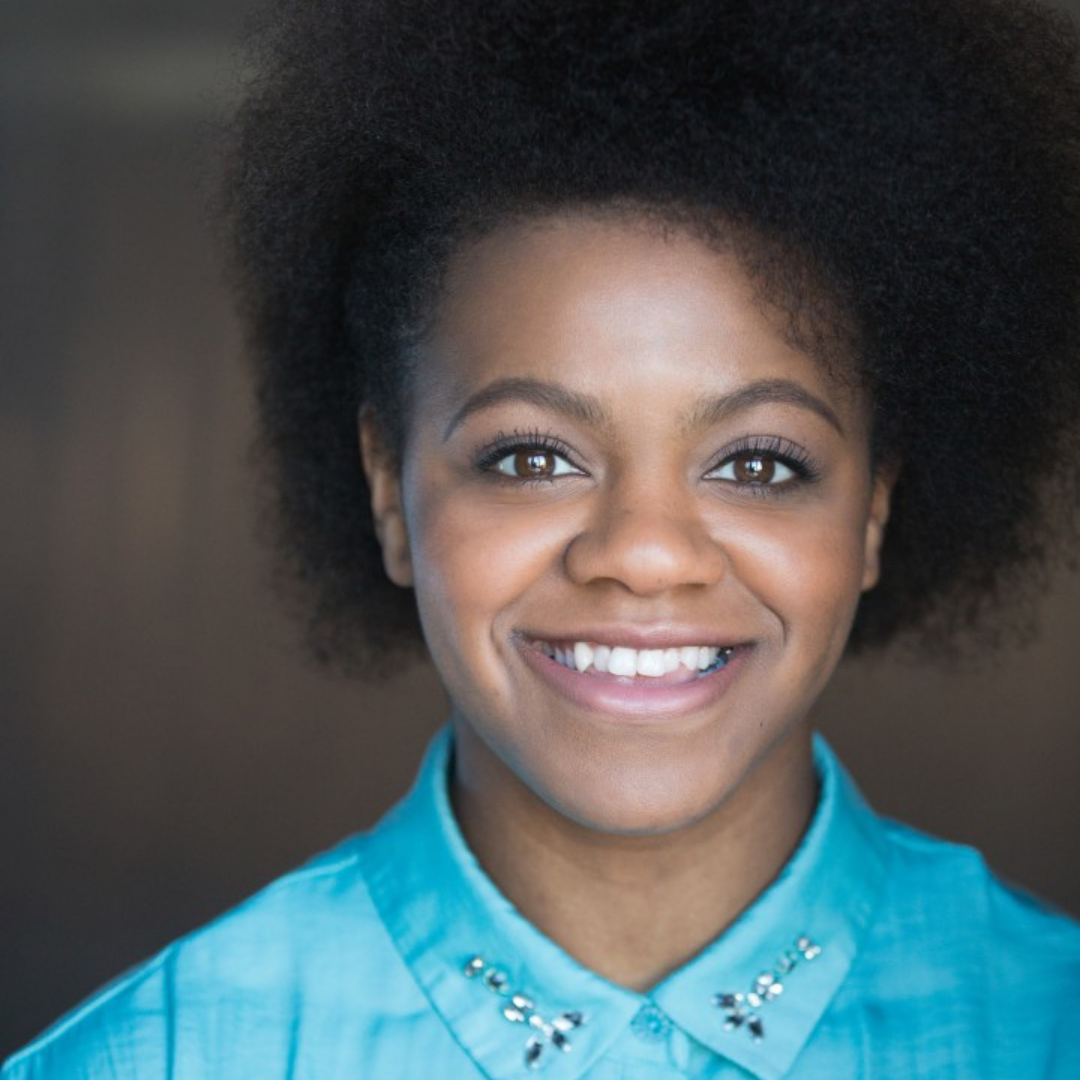 Althea Burey Casting Director
Althea, born and bread in Manchester, graduated from the Guildford School of Acting in 2015 and has since taken on various roles within the musical theatre industry. She has been a part of the Canal Cafe Theatre family for around 3 years, performing in NewsRevue three times. One of which includes performing in the Edinburgh Fringe Festival in the NewsRevue 40th Anniversary show which also did a one night only West End transfer at the Arts Theatre in 2019. Other career highlights for Althea are playing Khadija and Nonkosi in Elegies for Angel's Punks and Raging Queens at the Union Theatre and travelling around the UK and the world with family shows such as The Gruffalo's Child and Paw Patrol. 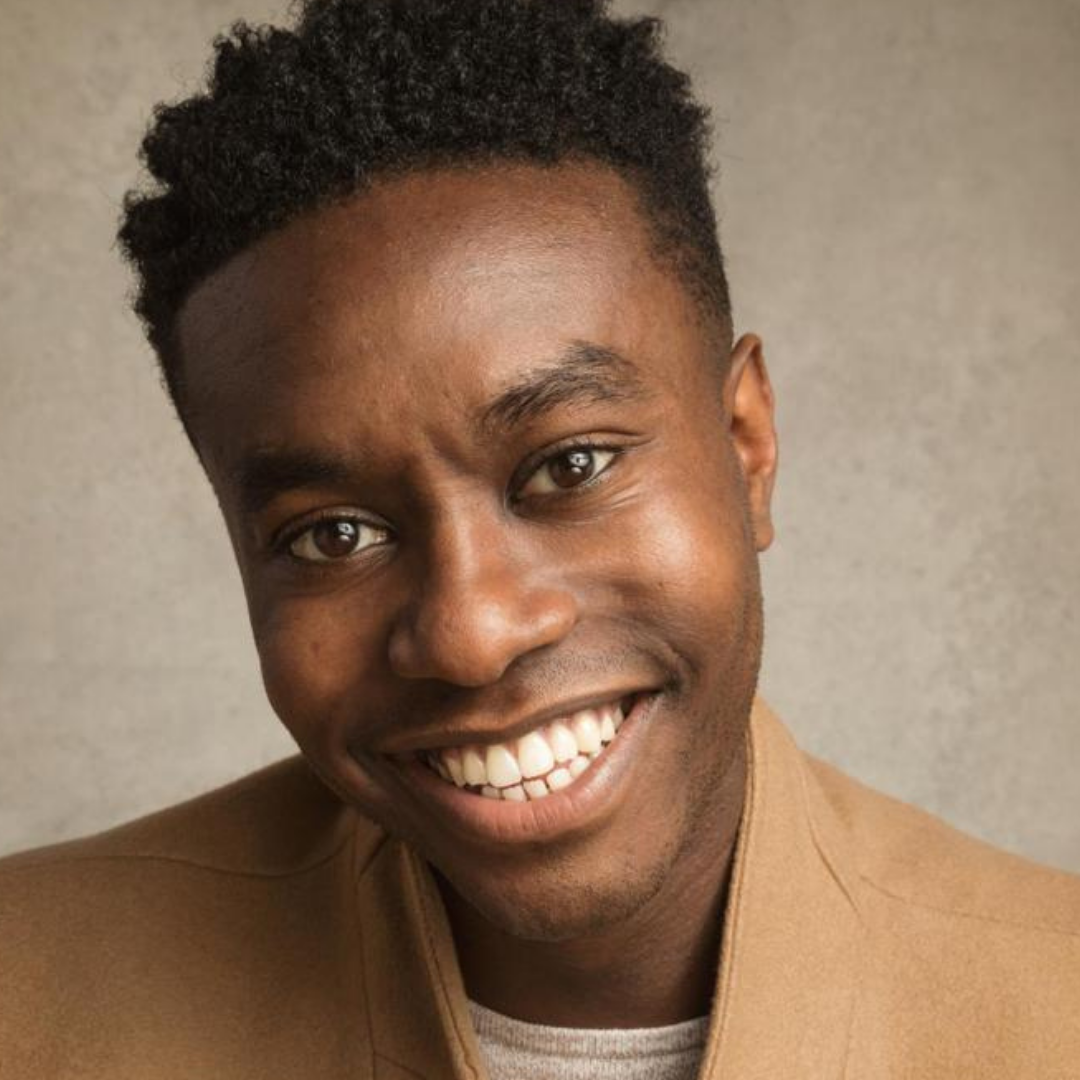 Reice Weathers Casting Director
Reice is delighted to come on board as a casting director for NewsRevue and the Canal Café Theatre. Artistic Director, Emma Taylor first met Reice aged 5 when he was a member of her drama school, the Norrie Carr Drama School and since then he has graduated from the BA(Hons) Acting course at The Royal Central School of Speech & Drama in 2015 and received a nomination for Best Supporting Actor by the Black British Theatre Awards 2020. Reice’s previous credits include; THE UPSTART CROW (Phil McIntyre Entertainment), THE WOLVES OF WILLOUGHBY CHASE (The Greenwich Theatre), BOXMAN UK TOUR (Flugman Productions), THE TEMPEST (Bilimankhwe Arts) and DOCTORS (BBC), DREAM TEAM (Sky One). Alongside work in theatre and film, Reice also founded and runs Make Believe Group, a low-cost performing arts school for children ages 3 to 16 which provides opportunities for young people from diverse backgrounds. Reice’s goal with this institute is to ‘inspire, motivate and bolster self-esteem while teaching valuable life skills of which can be implemented into their everyday lives, contributing to their development as people and broadening their horizons through performing arts.’ Please visit https://www.makebelievegroup.co.uk/school/make-believe-islington/ for more information. 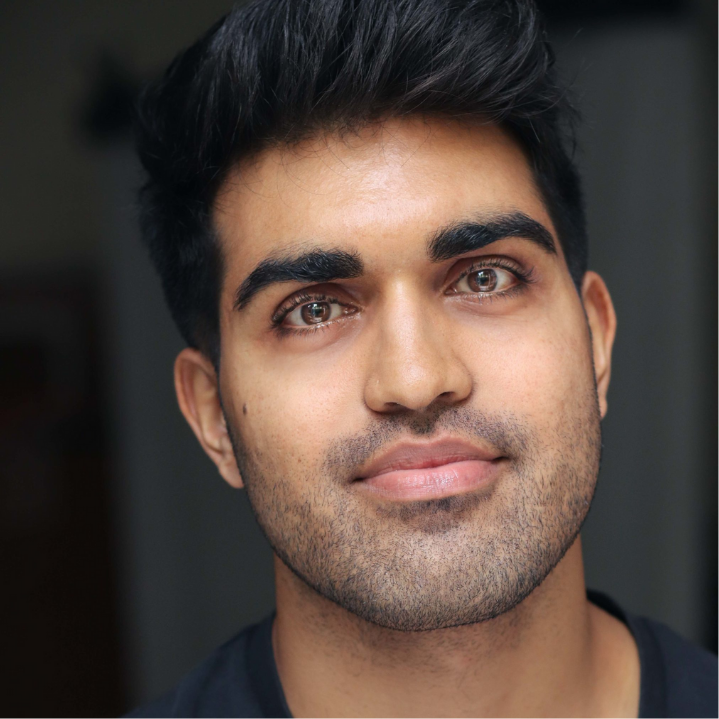 Vivek Sharma Box Office Assistant
Vivek is an actor, writer and Deviser. Vivek moved to London in September 2019 to study on the prestigious BA Acting - Collaborative and Devised Theatre course at the Royal Central School of Speech and Drama, and is entering his third and final year of drama school. Vivek is passionate about improving LGBT+ and Racial casting (particularly South-Asian representation) both in screen and stage. 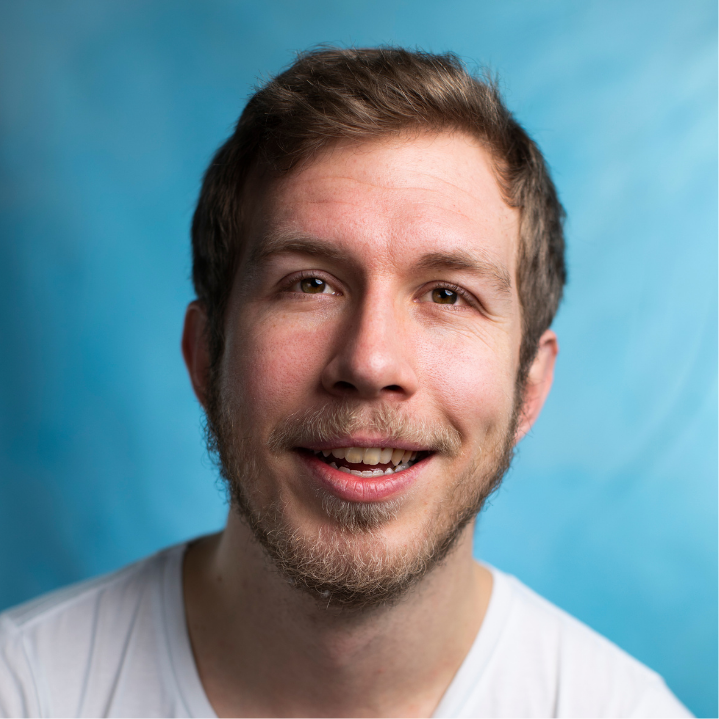 Alex Dowding Box Office Assistant, Technician
Alex is a triple threat actor who trained at East 15, and by triple threat he means he can act, write, and work a box office. He grew up in South West London, and has been lucky enough to work professionally in some lovely places such as the Arts Theatre, The Coronet and The Pleasance both in London & Edinburgh. Alex also improvises comically with Monkey Toast, occasionally dips into doing technical duties for various fringe theatres and runs Shakespeare Rewired workshops for schools. If you see him outside a theatre, please gently redirect him towards the nearest venue as he is most likely confused and afraid. 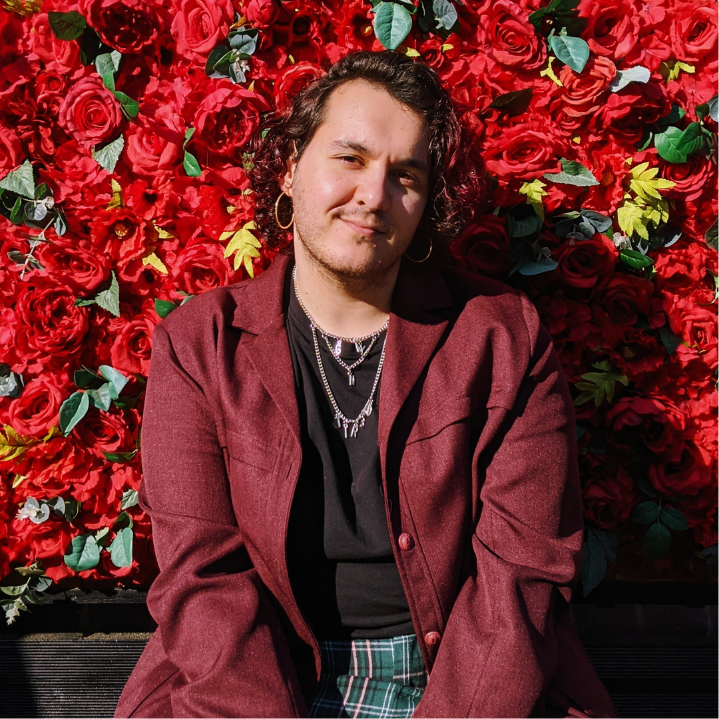 Théo Buvat Box Office Assistant
Part of the Box Office team, Théo is also a queer cabaret artist and producer based in London. They arrived from France a few years ago and after finishing uni, they decided to dabble into drag and theatre. They are now a resident performer and stage manager at Bar Wotever (Royal Vauxhall Tavern) and can usually be found performing angry dance pieces in East London basements. Before the pandemic, they co-founded an immersive drag collective called Sour Dreams and hope to get back on stage with more shows very soon! In their free time, Théo is always up for a West End musical, but also the fringest of fringe theatre shows (the queerer the better of course). 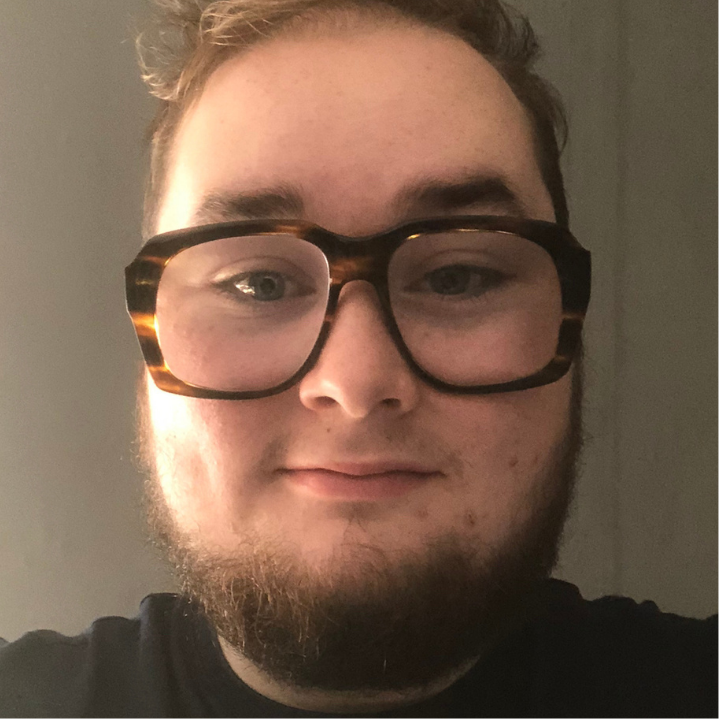 Peter Hampford Box Office Assistant, Technician
Peter is a writer and is currently studying for an MA in Comedy Writing (the joke’s not lost on him). Having worked in Front of House before, he is excited to be back working in a dynamic, changing, and occasionally high-octane environment. He has previously worked in production for documentaries as well as being an occasional camera operator for a drone company. Outside work, Peter’s written and produced multiple short films and is now turning his hand to writing for audio productions.